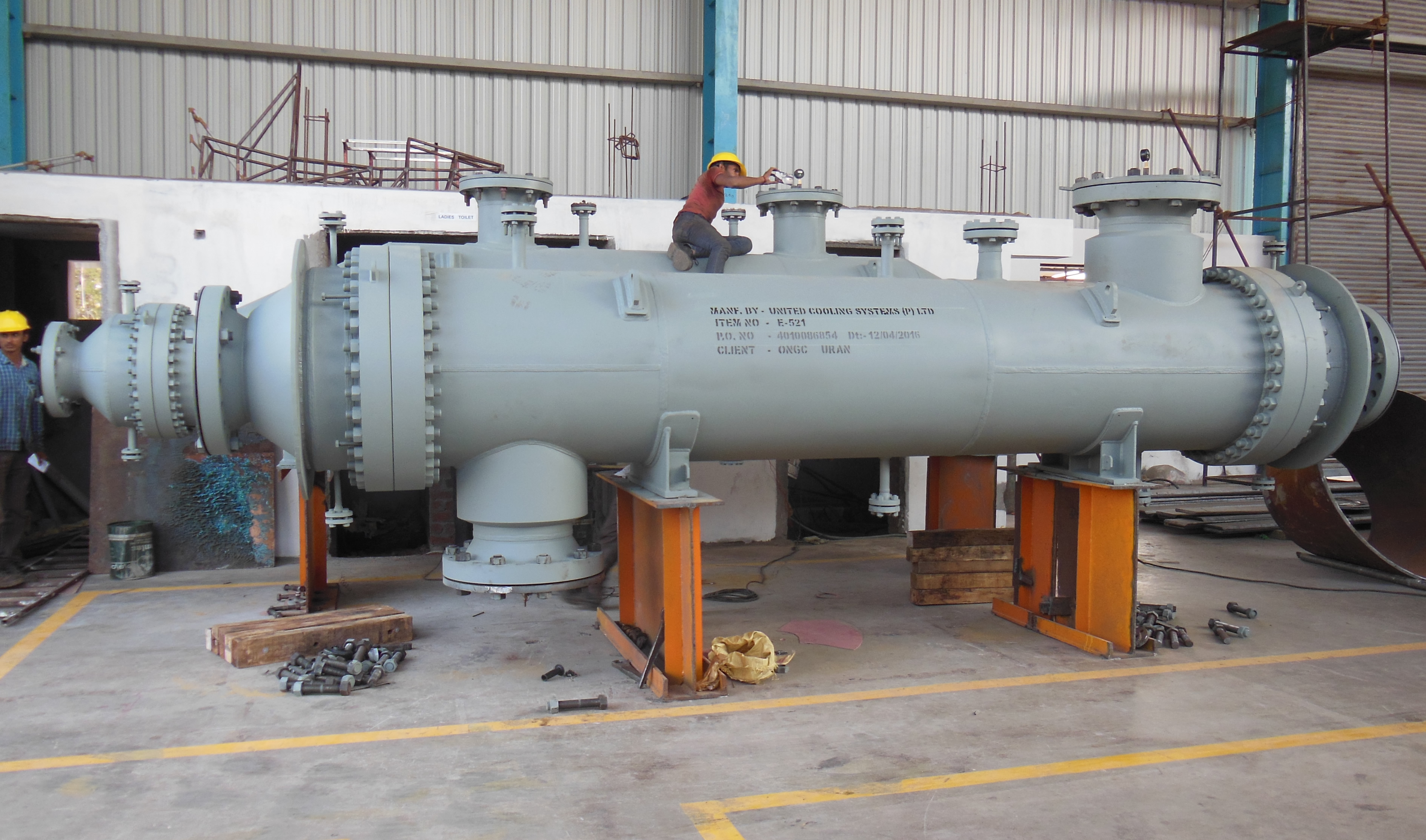 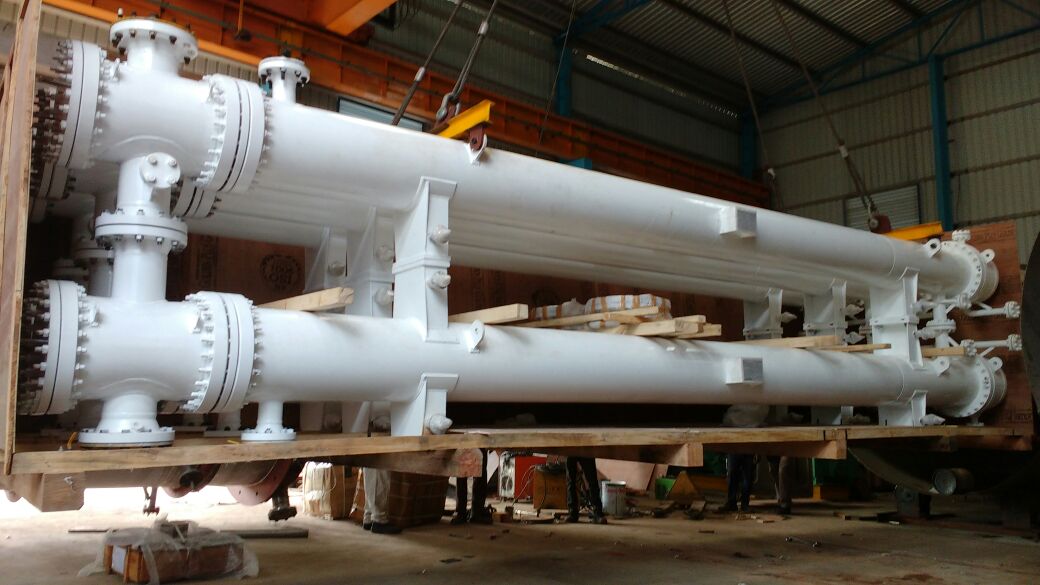 A BUOYANT MARKET AHEAD

A BUOYANT MARKET AHEAD
Source : http://www.powertoday.in/ProductdAndEquipments/News/A-buoyant-market-ahead-/110008

The demand for cooling towers is expected to look up in the next few years.

In the beginning of the current millennium, there was a lot of expectation on capacity addition as ultra mega power projects (UMPPs) were announced. The predictions were that the power plants will generate a huge demand for cooling towers in India. The market spiked for a short period and then stabilised.

Interestingly, newer industrial applications are increasing the demand for cooling solutions in the country. Solar thermal power plants are opening up a newer market segment for the cooling tower providers.

A major chunk of electricity is still generated by thermal power plants in India. Hydro and renewable energy together contribute to the energy mix. Concentrated solar power plants, which are large in size, are yet to take form in India. However, cooling solution providers are gearing up for new opportunities.

Role
A thermal power plant boils water to create steam, which then spins turbines to generate electricity. The required heat to boil water could come from the burning of fuel (coal), nuclear reactions, sunlight or heat from underground geothermal sources. Once the process of spinning the turbine is over, it is necessary to cool the steam back to water so that it can be reused. Thus, the efficiency of the power plant increases.

The performance of cooling towers depends on various factors, such as geographical location of the power plant, water availability, type of water (freshwater, waste water and salt water) used for cooling and environmental impacts.

Solar and geothermal power plants, for example, must be situated in areas with high solar radiation and geothermal energy, respectively – locations that may be arid and far from conventional water resources. In these situations, dry cooling may be an option, or alternative water sources may be available, but such choices can affect the performance of the power plant.

Natural draft technology
These towers rely on natural convection to circulate air within, which then cools the water. Air movement occurs due to differences in density between the air that enters and the air that is found inside the tower. Warm, moist air, which is denser than cold air, will naturally rise up the tower, while the dry, cold air from outside will flow down, creating a constant cycle of air flow.

As a measure of increasing efficiency, companies have made innovations on the design. According to industry experts, ‘Hyperboloid cooling towers have become the design standard for all natural draft cooling towers because of their structural strength and minimum usage of material. The hyperboloid shape also aids in accelerating the upward convective air flow, improving cooling efficiency. They are popularly associated with nuclear power plants. However, this association is misleading, as the same kind of cooling towers are often used in large coal-fired power plants as well. Similarly, not all nuclear power plants have cooling towers, instead, their heat exchangers work with lake, river or ocean water. Thermal efficiencies up to 92 per cent have been observed in hybrid cooling towers.’

Mechanical draft technology
These towers employ fans or other mechanical devices to circulate air, which is passed through the tower. Common fans used in these towers include propeller and centrifugal fans. Mechanical draft towers are more effective than natural draft towers, and can even be located inside a building with proper exhaustion. However, they consume more power than natural draft cooling towers and cost more to operate as a result. Mechanical draft cooling towers are further classified into crossflow towers and counterflow towers.

a) In crossflow towers, the air flows horizontally through the cooling tower’s structure, while hot water flows downwards from distribution basins. Crossflow towers can be as tall as counterflow towers, but they are also more prone to freezing and are less efficient.

b) In counterflow towers, the air moves upwards while water flows downwards to cool the air. These towers are often more compact in footprint than crossflow towers, and can save energy in the long run.

Markets
According to a report titled, ‘Cooling Tower Market Trends & Forecasts to 2020,’ published by the research firm, Markets and Markets, the market size of cooling tower is estimated to grow from US$ 2.34 billion in 2015 to US$ 2.88 billion by 2020. ‘This segment will register a compound annual growth rate (CAGR) of 4.2 per cent. The market is driven by the rising HVACR deployments, increasing power generation capacities and technological advances in cooling towers. Asia Pacific and rest of world (RoW) are estimated to witness a strong growth in the next five years. The demand across these regions is reinforced by the emerging markets, namely, China and India.’ The report further states that Asia Pacific is currently the largest market for cooling towers. China leads the pack with the highest demand in the region.

Factors that fuel the growth of the segments are:
a) Growing building and construction industry
b) Growing chemicals and HVACR industries in countries such as China and India.

Market challenges
V Krishnavelu, Managing Director, United Cooling Systems Pvt. Ltd., painted the current scenario of the Indian markets by saying, ‘Cooling tower has a negligible market in India. It consumes only 25 per cent of what we produce. Of this, 10 to 15 per cent is what the power sector constitutes. So the revenue share is also on the lower side from the Indian market. But we cater to almost all leading power generators in the country.’

The major challenges faced by this industry are mainly the cost of raw materials and finding the right talent pool.

Krishnavelu cited an example by pointing out, ‘Raw material from China, which is priced at `60/kg costs `112 in India. But importing means, one would end up paying customs duty, sales tax, minimum import price and so on. That makes it as equally-priced or slightly higher-priced than what you pay in the domestic market. But the effect of this gets reflected when you peg your product in the international market. With the ‘Make in India’ initiative, there are more opportunities for exports. However, we are unable to give a competitive pricing to the products as the input cost is higher.’

He added, ‘Skilled employees are one of the key issues faced by the industry. Though India has a high talent pool, retaining talent is becoming a task. The scenario has changed, unlike the earlier period, the engineers or, for that matter, employees in any category move from one organisation to another quickly, that hit the company in a negative way, as the time and money invested on the employee turn futile.
Nowadays, finding the right talent, training and making them adapt to the company standards consume more efforts.’

Conclusion
Though Krishnavelu is not happy with the current scenario in India, he is optimistic about the cooling tower segment seeing a rise over the next 10 years. He is of the opinion that the market would see double its current demand by 2025. So if you go by the projections and the market players’ experience, it is going to be shiny days ahead for the cooling tower segment.

A BUOYANT MARKET AHEAD